Why should we set up an NGO? There are multiple reasons for founding an NGO. The primary argument among them all is the contribution to society. It is the finest way to assist people. Through this, we can give back to the nation as good citizens. A person must be certain of their purposes before opting to set up an NGO in India. In India, a person can start a non-governmental organisation if they want to help the community. This blog will help you to understand how to start an NGO in India.

In India, NGOs have a long history. It has been seen that people in this nation have willingly helped others in need in the past. People’s religious beliefs have served as a backbone for this. Many leaders have followed the road of selfless service.

In the early 19th CE, groups and organisations started to form that gave these activities a more organised profile.

The 19th CE reform movements were maybe the first formalised examples of voluntary contributions to society. Gandhiji was very concerned about the issues that affected the people. He wanted to eradicate societal ills. Several VOs were set up in order to carry out these ideals. Here, we can clearly see Gandhiji’s influence on people.

NGOs began to grow significantly after India gained independence. People began to appreciate freedom of expression, and equality. The importance of humanity and fraternity amongst the people also grew. On the other side, the government also started to prepare for development. Many Community Development Programme initiatives were taken in this attempt. More than a million NGOs were engaged in financially rewarding operations. The initiatives’ successes were evaluated, and it was discovered that they had failed to meet the very basic standards.  We also noticed that had widened the gap between the rich and the poor.

Numerous issues started to arise following independence. People started to drive themselves to work toward a solution. It would be done either by personal contributions or by putting pressure on the government. That led to the emergence of thousands of NGOs in India. From then to now, NGOs have made marked contributions to societal progress.

NGOs have recently grown in significance. They are multiplying rapidly. Their value has grown because of the state’s falling role in ensuring the welfare of its citizens. The simultaneous growth of civil society’s proactive role in ensuring social welfare is also one of the causes. There may be more than 500,000 NGOs working throughout the nation.

The full form of an NGO is (Non-Governmental Organization). They are free from state surveillance of how they function. An NGO is a group of inspiring people who unite to form a charity organisation. Their main aim is to promote social justice. NGOs in India are open to everyone who wants to support society. The term “NGO” is well-known in India. It has gained value across the globe.

What does an NGO do?

Anyone is permitted to carry out social activities in India without forming an organisation. However, having the proper management is vital to carrying out the tasks in a group.

The following methods for registering an NGO require adherence to many laws and regulations. In India, there are three ways to register an NGO: 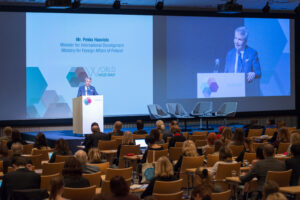 How to start an NGO in India?

Fund Raisers and Budget: How are the NGOs funded?

For NGOs, private institutions are a significant source of funding. Although rich people do provide some of these funds, NGOs rely on many smaller donations rather than a few sizable ones.

The government has set up an online platform called NGO DARPAN. It helps to promote the importance of NGOs functioning across India. It also helps to foster functioning.

NGO-DARPAN is a user-friendly platform. It acts as a bridge between NGOs and other ministries. It was founded by the National Informatics Centre and NITI Aayog.

The portal enables the flow of vital news between government departments, NGOs, and volunteer organisations. By registering on the NGO DARPAN website, NGOs may get vital news regarding government subsidies and activities.

Once your NGO has significant funds, you can start executing your project plan. However, ensure that the process remains transparent and that you evaluate the project frequently. This evaluation will help you assess the things that are working as planned and those that are not.

What is the full form of an NGO?

How do you pronounce Ngo?

Which is the largest NGO in the world?

BRAC is considered to be one of the most prominent NGOs in the world.

Which is the largest NGO in India?

Give India is one of the most prominent NGOs in India.

What kind of jobs are there in NGOs?

There are some types of jobs available in an NGO: Fundraiser expert, Research Specialist, Advertising Expert, Public Relations Manager, Administrator, Bookkeeper, and so on.