Jogulamba Temple, a Shakti-focused temple, is the prominent place of worship in Alampur. It is located within one mile of the bus station. This temple is the 5th Maha Shaktipeeta. It is one of the important Hindu sacred sites. This temple was located past Balabrahma Temple. Later, it was demolished by the Bahamani ruler in the 14th century, and the god was relocated to Balabrahma Temple. The god was relocated back to the temple when the new building was constructed in 2005 on the old site. In the eighth century, Adi Sankaracharya placed Srichakra in the original temple.

Where is the Alampur Jogulamba Temple?

Dedicated to the Goddess Jogulamba, the Jogulamba Temple is a Hindu temple in the Indian city of Alampur, Telangana. Approximately 220 kilometres south of Hyderabad, Alampur is reachable by the route connecting Hyderabad and Bangalore. The Temples of Navabrahma, is a collection of nine Shiva-related temples built by the Badami Chalukyas in the seventh and eighth century CE.

The upper tooth of Sati Devi fell at the temple of Jogulamba. The founding story of Shakti Peethas is based on the mythology of the Daksha Yagna and Sati’s self-immolation. The ancient temple is said to have been constructed in the seventh century CE. In 1390 CE, the Bahmani Sultans founded it. According to mythology, Vijayanagara’s Emperor Harihara Raya II despatched his troops to engage the Bahamani Sultan’s army while also fortifying the temple complex to stave off subsequent assaults. According to tradition, the primary idol was moved to the adjacent Bala Brahma temple within the Navabrahma temple complex. Since then, the idol has been worshipped in a quiet area of the Bala Brahma temple. 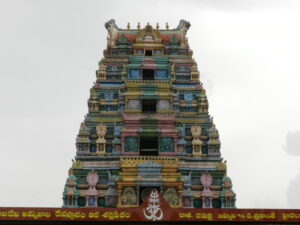 How Many Nava Brahma Temples are There?

Alampur is also famous for its Navabrahma Temples. Many lakhs of worshippers came to the shrine to receive blessings. Cultural beliefs hold that Navabrahma eradicates all bad life-shades while transmitting all beneficial energy vibrations. Only the Bala Brahma temple, one of the nine Nava Brahma temples devoted to Lord Siva, is entirely available to tourists. At Alampur, Lord Brahma—the universe’s creator—is worshipped in all nine of his incarnations. 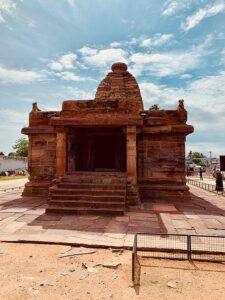 How to Reach Jogulamba Temple?

Telangana, India’s Mahbubnagar district is home to the temple town of Alampur. There are several buses leaving from Hyderabad. It’s roughly 90 KM from Mahabubnagar. Kurnool is 27 KM far, and Hyderabad is 200 kilometres away.

Mahbubnagar railway station is the one closest to the shrine.

What is Alampur Jogulamba Temple Address?

How to reach Alampur Jogulamba temple from Hyderabad?

Which God is in Jogulamba Temple?

What is the best accommodation in Alampur?

Alampur has low-budget hotels, 1 three-star hotel, 5 five-star hotels, and 1 four-star hotel. You may reserve hotels at several price ranges, including under Rs. 1000, under Rs. 2000, and one deluxe category hotel with all required amenities.